Today is Day 406, the annual campaign day to raise awareness about the importance of emergency beacons and the satellites that capture their signals, including the European constellation of Galileo. In addition to allowing people from all over the world to find their way, Galileo also serves to detect emergency messages and transmit them to the authorities, helping to save many lives.

Such detections can occur at any time, but a recent high-profile incident occurred in the midst of the Vendée Globe’s solo yacht race around the world. Captain Kevin Escoffier smashed his ship by the fierce waves in the Southern Ocean.

He took his life raft. When it hit the water, it automatically activated its rescue beacon, transmitting a 406 MHz SOS signal for automatic pickup by participating satellites, courtesy of the Cospas-Sarsat satellite-based emergency detection and location system. The signal allowed race authorities to locate Kevin’s position. within minutes and send nearby boats to the rescue.

Cospas-Sarsat, the only system that can independently locate a beacon anywhere on the Earth’s surface, has helped save thousands of people since it was first established in 1982. Originally, the system worked through of transponders housed aboard geostationary or low earth orbit satellites.

In the last decade, Galileo joined Cospas-Sarsat, with the support of the European Commission, which owns the system, driving a significant increase in performance. Because they have such a high orbital altitude, 23 222 km high, while constantly moving across the sky, Galileo satellites combine wide views of the Earth with the ability to facilitate rapid determination of the position of a distress signal. through a combination of time. range based and Doppler.

406 Day
International Day 406, which takes its name from the radio frequency used by the Cospas-Sarsat beacons and the United States order of today’s date, seeks to remind beacon users to be careful to check their batteries and its functionality. Such beacons are used aboard ships and boats, also aboard airplanes, and are also carried by hikers in the desert, anywhere outside the reach of standard phone-based emergency services.

Anyway, an SOS signal can reach the authorities surprisingly fast, in a few minutes. First, the beacon signal is automatically detected by the search and rescue payload on board the participating satellites, often more than one at a time, then it signals its source on the Earth’s surface.

This information is then transmitted, through a set of stations on the corners of Europe, in the case of signals detected by Galileo, and then transmitted to the nearest national rescue center, at which point the rescue.

The beacons themselves are surprisingly compact in size, typically the size of a medium-sized lantern. But search and rescue payloads carried aboard orbiting Galileo satellites are just as modest. At just 8kg in mass, these life-saving payloads consume just 3% of onboard power, with their receive-transmit repeater located next to the main navigation antenna.

All but the first two of the 26 Galileo satellites in orbit carry these payloads, and two more satellites are expected to join their numbers later this year.

Galileo’s search and rescue service is Europe’s contribution to Cospas-Sarsat, operated by the European Global Satellite Navigation Systems Agency, GSA, and designed and developed at ESA.

The Cospas-Sarsat satellite repeaters are complemented by a trio of ground stations in the corners of Europe, known as Medium Earth Orbit Local User Terminals (MEOLUT), based in the Spitsbergen Islands of Norway, Cyprus and the Canary Islands of Spain and coordinated from a control center. in Toulouse, France.

This trio will soon become a quartet, with a fourth station on the French island of La Reunion in the Indian Ocean.

Galileo’s participation in Cospas-Sarsat has in turn led to an innovation in the service: since last year, Galileo has been responding to SOS signals with ‘return link messages’, assuring those in distress that your signals have been received and that help is on the way. 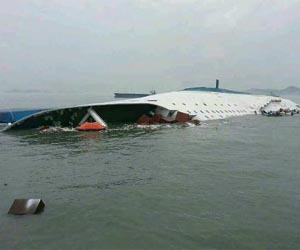 At least five killed when Bangladeshi ferry sinks after collision

Five people were killed and rescue teams searched for survivors after a small ferry with up to 50 passengers sank when it collided with another ship in Bangladesh on Sunday, authorities said. The ship sank in the Shitalakhsya River around 6:00 p.m. after leaving the central industrial city of Narayanganj, 20 kilometers (12 miles) from the capital, Dhaka, towards the nearby Munshiganj district, authorities told the AFP. A local police inspector said the ferry was packed with passengers rushing out of Na … read more