NASA’s Lucy spacecraft has successfully completed thermal vacuum testing of both solar panels, the final step in verifying these critical spacecraft components in preparation for its launch this fall. Once the Lucy spacecraft’s solar panels are connected and fully extended, they could cover a five-story building.

Lucy, the thirteenth mission of NASA’s Discovery Program, requires these large solar panels, as it will operate farther from the Sun than any previous solar-powered space mission. During its 12-year tour of the Trojan asteroids, the Lucy spacecraft will operate a record 530 million miles (853 million km) from the Sun, beyond the orbit of Jupiter.

“The success of Lucy’s latest solar panel deployment test marked the end of a long development journey. With dedication and excellent attention to detail, the team overcame all obstacles in preparing these solar panels,” said Matt Cox, director of the Lucy program at Lockheed Martin, in Littleton, Colorado. “Lucy will travel farther from the Sun than any previous solar-powered Discovery-class mission, and one of the reasons we can do that is the technology in these solar panels.”

The solar panels, made by Northrop Grumman in Goleta, California, will power the spacecraft and its instruments during the 12-year mission. Solar panels need to supply around 500 watts, roughly equivalent to the energy needed to run a washing machine. Despite this relatively modest need, solar panels must be large since they need to operate so far from the Sun.

“About an hour after the spacecraft launch, the solar panels will need to deploy smoothly to ensure we have enough power to power the spacecraft throughout the mission,” said principal investigator Hal Levison of the Southwest Institute in Boulder, Colorado. “These 20 minutes will determine if the rest of the 12-year mission will be a success. The Mars landers have their seven minutes of terror, we have this.”

Solar panel deployment tests were conducted between December 2020 and February 2021 in the 29 by 65 foot (8.8 meters by 19.8 meters) thermal vacuum chamber at Lockheed Martin Space, where the spacecraft it is currently being assembled and released. and test operations.

Although when folded, solar panels are only 4 inches (10 cm) thick, once expanded, each solar panel is nearly 24 feet (7.3 meters) in diameter. Additionally, solar panels cannot support their own weight of 170 pounds (77 kg) each in Earth’s gravity, so a special precision weight offload device is employed inside the chamber for additional support.

“Despite their complexity and size, the mechanical deployment of the arrays ran smoothly,” said Donya Douglas-Bradshaw, Lucy’s project manager at NASA’s Goddard Space Flight Center in Greenbelt, Maryland. “The ingenuity and innovation of the team are truly remarkable!”

These key tests bring the spacecraft one step closer to launch readiness. The Lucy spacecraft will be dispatched to NASA’s Kennedy Space Center in Florida this summer to be ready for launch when its window opens in the hours before sunrise in October. February 16, 2021.

All about solar energy at SolarDaily.com 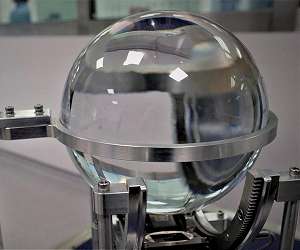 A team of researchers from Nanyang Technological University, Singapore (NTU Singapore) has designed a “smart” device to harness daylight and transmit it to underground spaces, reducing the need to use traditional energy sources for lighting. . In Singapore, authorities are exploring the feasibility of digging deeper underground to create new space for infrastructure, storage and utilities. Therefore, the demand for 24-hour underground lighting is expected to increase in the future. To develop ads … read more