The port city of Ningbo in Zhejiang Province is building a 20 billion yuan ($ 3.05 billion) rocket launch site to meet the growing demand to put satellites into orbit and further develop the commercial aerospace industry group, according to local authorities.

Featured in the recently revealed draft for megaprojects in Zhejiang during the period of the 14th Five-Year Plan (2021-25), the launch center will be installed in the coastal city Xiangshan County and will be able to put 100 satellites into orbit every year. at the end.

Downtown Xiangshan, located 30 degrees north of the equator, is suitable for satellite launches, thanks to its convenient transportation and advantageous environment. It is planned to span 67 square kilometers, including a 35-square-kilometer launch site and a 32-square-kilometer industrial space base.

During the last two sessions in Beijing, Dou Xiaoyu, vice president of the China Aerospace Construction Group and deputy of the National People’s Congress, said that the aerospace launch sector in the country will experience a boom in the next five to 10 years and there is a need to establish an exclusive launch center for commercial satellites. 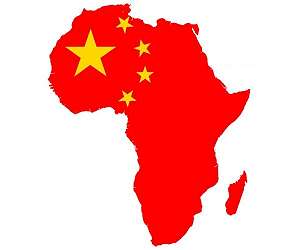 China actively promoted international space cooperation in 2020, offering satellite exports and launches, cooperative research and application services to the world, according to a recent report on China’s aerospace industry. By the end of last year, 51 Chinese rockets had launched 59 foreign commercial satellites into space, according to the 2020 China Blue Book of Aerospace Science and Technology. In January and November, China’s Long March rockets took over 12 commercial remote sensing satellites. deve … read more