NASA’s Perseverance Mars rover took a selfie with the Ingenuity helicopter, seen here about 13 feet (4 meters) away in this image from April 6, 2021, the 46th Martian day, or sun, of the mission. Perseverance captured the image using a camera called WATSON (Wide Angle Topographic Sensor for Operations and Engineering), part of the SHERLOC (Raman and Luminescence Scanning Habitable Environments for Organics and Chemicals) instrument, located at the end of the rover’s robotic arm.

Perseverance’s selfie with Ingenuity was pieced together from 62 individual images taken while the rover was looking at the helicopter, and then again while looking at the WATSON camera. Videos explaining how NASA’s Perseverance and Curiosity rovers take their selfies can be found here.

Once the team is ready to attempt the first flight, Perseverance will receive and transmit final flight instructions from JPL mission controllers to Ingenuity. Several factors will determine the precise time for flight, including modeling of local wind patterns reported by measurements taken by the MEDA (Mars Environmental Dynamics Analyzer) instrument aboard Perseverance.

The ingenuity will run its rotors at 2,537 rpm and, if all the final self-tests look good, it will take off. After ascending at a speed of approximately 3 feet per second (1 meter per second), the helicopter will fly at 10 feet (3 meters). ) on the surface for up to 30 seconds. Then the device will descend and touch the Martian surface again.

Several hours after the first flight has occurred, Perseverance will connect Ingenuity’s first engineering dataset and possibly images and video from the rover’s navigation cameras and Mastcam-Z, a pair of zoom cameras.

From data downloaded that first night after the flight, the Ingenuity team hopes to determine whether their first attempt to fly to Mars was a success. The flight test results will be discussed by the Ingenuity team at a press conference later that day.

NASA’s Jet Propulsion Laboratory built and manages the Perseverance and Ingenuity operations for the agency. Caltech in Pasadena, California, manages JPL for NASA. WATSON was built by Malin Space Science Systems (MSSS) in San Diego, and is jointly operated by MSSS and JPL.

A key objective of the Perseverance mission on Mars is astrobiology, including searching for signs of ancient microbial life. The rover will characterize the planet’s geology and past climate, pave the way for human exploration of the Red Planet, and be the first mission to collect and store Martian rocks and regoliths (broken rocks and dust).

Subsequent NASA missions, in cooperation with ESA (European Space Agency), would send spacecraft to Mars to collect these sealed samples from the surface and return them to Earth for in-depth analysis. 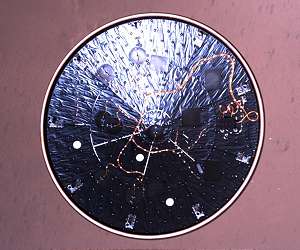 “Delta tango. Landing confirmed. Perseverance safely on the surface of Mars, ready to begin looking for signs of past life.” For more than six years, the Mars Entry, Descent, and Landing Instrumentation 2 (MEDLI2) team waited to hear these words. NASA’s Perseverance rover successfully landed on February 18, 2021, beginning its robotic exploration of the Red Planet. MEDLI2 was one of the crucial technologies in the rover’s protective aeroshell that helped document the entry, descent and landing (EDL) of … read more