SpaceFund announced that it has reached and exceeded the first planned closing of $ 5 million for its BlastOff Fund of $ 20 million today. The Houston and Austin-based company says commitments to the fund reached $ 9 million as of Monday morning.

“We are delighted to see how many investors are placing their trust in our team,” said SpaceFund founder Rick Tumlinson. “We spend a lot of time slowly and carefully developing our processes and credibility, so that we can better serve both investors and the space’s amazing startup community, and it’s paying off.”

SpaceFund went live in late 2019, announcing its first LaunchPad fund in the fall of that year. The proof-of-concept fund closed in August 2020 and has already invested in 13 exciting space start-ups. Continuing with SpaceFund’s strategic plan, the BlastOff Fund will build on those investments and expand the company’s portfolio with larger investments, including some in later-stage companies.

“SpaceFund is about combining a bold approach with a very conservative investment and diligence process,” said Meagan Crawford, managing partner of SpaceFund. “The BlastOff Fund continues our careful growth plan, but it is designed to accelerate our ability to invest in the companies leading the space revolution.”

The BlastOff Fund was aided in its ignition by billionaire digital finance innovator Jed McCaleb, creator of the Stellar protocol, who anchored the BlastOff Fund. McCaleb, a well-known visionary leader in the world of cryptocurrencies, also believes in the rise of NewSpace’s industry and commercial space.

According to McCaleb: “I came to SpaceFund to ask questions because they are seen as credible thought leaders in the space investment industry. When we finished speaking, it was clear that they were an obvious choice to help me invest in this incredible field.”

“Jed is a knowledgeable investor and cares deeply about the future of space and humanity,” added Crawford. “He’s exactly the type of investor we hope to bring into the SpaceFund family. For us, it’s not just about money. It’s about how we can best impact the future. Jed and the other investors in the fund understand that.”

“There is a reason we call this the BlastOff fund,” concluded Tumlinson. “Anyone who follows what is happening in space can see that after almost 60 years, this industry is taking off. Our job is to help investors get on board the right companies to get them to their financial destinations when we open the Border. “.

The latest information on the commercial satellite industry 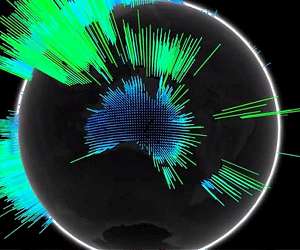 The Center for Innovation and Collaboration (ICC) at the University of South Australia has announced that nine startups have been selected on merit for a place in the Venture Catalyst Space program, supported by the Government of South Australia’s Space Innovation Fund. A leader in space innovation and business acceleration, the program is the first of its kind in Australia. Startups will receive the individual support they need when they need it through a personalized program with all fairness and intellect … read more