Rapid IV contracts serve as a fast and flexible means for the government to acquire spacecraft and related components, equipment, and services in support of missions from NASA and / or other federal government agencies. Spacecraft designs, elements, and related services can be tailored as needed to meet the unique needs of each mission.

“Our strong heritage in all phases of science and technology development missions, combined with our collaborative approach to working with customers, makes us an excellent choice as a spacecraft provider for the unique missions developed under RSDO.”

The SwSP-100 is a versatile spacecraft platform designed to accommodate a variety of missions and their payloads. Based on the SensorSat spacecraft, the SwSP-100 is an example of technology transfer from the US government.

“SwRI’s SwSP-100 will be shipped alongside our smaller SwSP-35 platform, which was added to the RDSO catalog in 2020,” said Randy Rose, SwRI’s RSDO program technical lead.

“The combination of SwRI’s mission-focused approach and our customers’ rapid response needs is the foundation of the SwSP-100 spacecraft. We did not take a one-size-fits-all approach. We have been able to use our SwSP-35 and SwSP- platforms. 100 to tackle missions across the entire SmallSat spectrum, from Earth science, heliophysics and astrophysics research to space situational awareness, surveillance and reconnaissance. Our relationships with teammates and key vendors throughout the SmallSat community enable us quickly provide our customers with the best-value solutions that meet their mission requirements. “

According to an industry forecast, between 2018 and 2030 up to 11,600 small satellites will be put into orbit, defined in this case as satellites with masses less than 500 kilograms, an average of almost 1,000 small satellites per year. This contract enables SwRI and its teammates to serve as trusted leaders in an industry that is rapidly changing through the advancement and innovation of technology.

“Using digital design and design-to-manufacture (D2M) processes, we can rapidly prototype missions in the field and then collaborate with industry to meet the production requirements of proliferating low Earth orbit (LEO) constellations. Our work with New Space launch providers enables us to create a unique industrial capacity to deploy LEO SmallSat assets using launch campaigns measured in days rather than months. “ 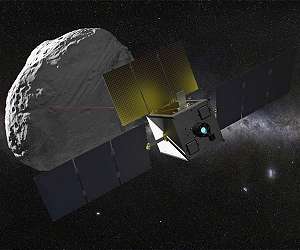 Get the CubeSats moving at ESA

ESA’s M-Argo mission will be the first CubeSat to traverse interplanetary space under its own power. Due to launch in 2024-5, the suitcase-sized spacecraft will travel to a near-Earth asteroid, at a distance of up to 150 million kilometers. CubeSats are small, inexpensive satellites assembled from standardized parts in 10 cm boxes. M-Argo is a 12-unit CubeSat. Originally designed for educational and technology testing purposes, CubeSats have matured rapidly and are becoming increasingly attractive to intuitive and com … read more