Scientists at the University of Nagoya in Japan have shown how DNA-like molecules could have come together as precursors to the origins of life. The findings, published in the journal Nature Communications, not only suggest how life might have started, but also have implications for the development of artificial life and biotechnology applications.

“The RNA world is believed to be a stage in the origin of life,” says Nagoya University biomolecular engineer Keiji Murayama.

“Before this stage, the pre-RNA world may have been based on molecules called xenonucleic acids (XNAs). However, unlike RNA, XNA replication probably did not require enzymes. We were able to synthesize an XNA without enzymes, which strongly supports the hypothesis that an XNA world could have existed before the RNA world. “

XNAs are made up of linked nucleotide chains, similar to DNA and RNA, but with a different sugar structure. XNAs can carry genetic code very stably because the human body cannot break them down. Some researchers have reported that XNAs that contain specific sequences can act as enzymes and bind to proteins. This makes XNAs interesting in the field of synthetic genetics, with possible applications in biotechnology and molecular medicine.

Murayama, Hiroyuki Asanuma, and their colleagues wanted to find out whether conditions likely present on early Earth could have led to the formation of the XNA chain. They synthesized acyclic (non-circular) L-threoninol (L-aTNA) nucleic acid fragments, a molecule believed to have existed before RNA existed. They also made a longer L-aTNA with a nucleobase sequence that complemented the sequences of the fragments, similar to how DNA strands match.

When placed together in a temperature controlled test tube, the shorter L-aTNA fragments pooled and bound together in the longer L-aTNA template.

Critically, this happened in the presence of a compound, called N-cyanoimidazole, and a metal ion, such as manganese, both of which were possibly present on early Earth. Fragments become entangled when a phosphate at the end of one is chemically attached to a hydroxyl group at the end of its neighbor, without the help of an enzyme.

“To our knowledge, this is the first demonstration of enzyme-free, template-driven extension of acyclic XNA from a pool of random fragments, generating phosphodiester linkages,” says Murayama.

The team also showed that L-aTNA fragments could interconnect into DNA and RNA templates. This suggests that the genetic code could be transferred from DNA and RNA to L-aTNA and vice versa.

“Our strategy is an attractive system to experiment with the construction of artificial life and the development of highly functional biological tools composed of acyclic XNA,” says Murayama. “The data also indicate that L-aTNA could have been a precursor to RNA.”

The team plans to continue their research to clarify whether L-aTNA could have been synthesized in the “pre-life” conditions of early Earth and to examine its potential to develop advanced biological tools. 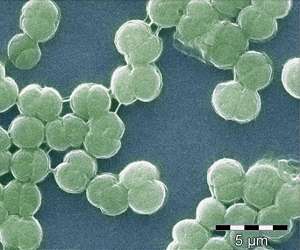 Photosynthesis could be as old as life itself

The researchers find that the first bacteria had the tools to perform a crucial step in photosynthesis, changing the way we think life on Earth evolved. The finding also challenges expectations about how life might have evolved on other planets. The evolution of oxygen-producing photosynthesis is believed to be the key factor in the eventual emergence of complex life. This was thought to take several billion years to evolve, but if, indeed, earlier life could, then other planets may have evo … read more